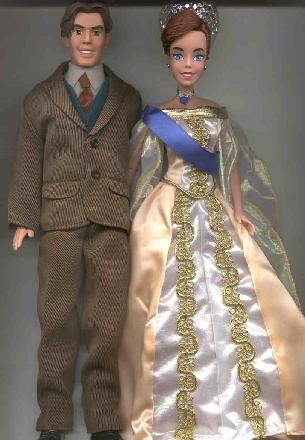 I admit it, I'm a sucker for a good romance. Anastasia has its problems, but they never occur to me while I'm watching it. The extensive line of dolls, put out by Galoob, were impressive in both their depth and quality. Unfortunately, the line was not the huge success Galoob was hoping for, and most of the dolls later turned up in the clearance bins. There was also a fabulous line of fashions, which I saw once long before the movie hit and have regretted not snatching up ever since. Other characters who received their own dolls were Czar Nicholas and the dowager Empress Marie, complete with grey hair and molded wrinkles.


THE RESULT
A modern update.